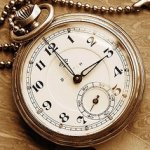 Here is where we put our best clips from decades past. Video from the seventies and older have a home here....wonderful bits of old music, art, silver screen, animation, television are here also and more!

Succumb to the nostalgia and enjoy!

There are currently only four music videos. Hopefully, it will have many more in the future.

http://www.pbs.org/wgbh/americanexperience/films/chasing-moon/ (3 parts with 112 minutes each for a total of 336 hours).

"It took millions of steps to make one giant leap.

'Chasing the Moon,' a film by Robert Stone, reimagines the race to the moon for a new generation, upending much of the conventional mythology surrounding the effort. The series recasts the Space Age as a fascinating stew of scientific innovation, political calculation, media spectacle, visionary impulses and personal drama. Utilizing a visual feast of previously overlooked and lost archival material — much of which has never before been seen by the public — the film features a diverse cast of characters who played key roles in these historic events. Among those included are astronauts Buzz Aldrin, Frank Borman and Bill Anders; Sergei Khrushchev, son of the former Soviet premier and a leading Soviet rocket engineer; Poppy Northcutt, a 25-year old “mathematics whiz” who gained worldwide attention as the first woman to serve in the all-male bastion of NASA’s Mission Control; and Ed Dwight, the Air Force pilot selected by the Kennedy administration to train as America’s first black astronaut."

Apollo 11 In Real Time shows "A real-time journey through the first landing on the Moon -- This website consists entirely of original historical mission material...

"NASA's Armstrong Flight Research Center is currently in the process of uploading hundreds of extremely rare films to YouTube. And I'd advise you to stop reading if you want to get any work done today. The center has uploaded roughly 300 of the planned 500 films that it will continue to put up over the coming months. And as you can see from the well-populated YouTube channel, they have everything from 1950s experimental aircraft like the X-3 Stiletto to 1960s Lunar Landing Research Vehicle tests (seen in the GIF above) to videos of the time that they intentionally crashed a Boeing 720 in 1984."

Shot on 35mm film, this global archive contains many of the world’s enduring images and is rich in coverage of news events, celebrities, sports, music, social history, science, lifestyle and quirky happenings. It was the first newsreel to include sound, the first to use colour film, the first to break many exclusive stories, and is your first and last stop for newsreel footage..."

I posted this video the other day: http://videosift.com/video/1906-Movie-of-San-Francisco-4-Days-Before-the-Earthquake?noredirect

and came back to find that it had been determined to be a dupe. I realize there is another video on the sift which is exactly the same footage, however, the video I posted had been tracked with authentic sounds of the period rather than some filler background music.

Can this be revisited, please? Here is the attending information as to the authenticity of the sounds employed in this version:


Post Effects:
This version of the film has been digitally stabilized to remove jitter.

Accuracy:
Automobile sounds are all either Ford Model T, or Model A, which came out later, but which have similarly designed engines, and sound quite close to the various cars show in the film. The horns are slightly inaccurate as mostly bulb horns were used at the time, but were substituted by the far more recognizable electric "oogaa" horns, which came out a couple years later. The streetcar sounds are actual San Francisco streetcars. Doppler effect was used to align the sounds.

Some 870,000 images of New York City and its municipal operations, going back to the mid-1800s, are now available to the public for the first time online.

The city Department of Records officially announced Tuesday the debut of its photo database and its previously unpublicized link to the site.

The images are part of the Municipal Archives' vast collection of more than 2.2 million photographs, featuring all manner of city oversight — from stately ports and bridges to grisly gangland killings.

Researchers, filmmakers, genealogists and preservationists particularly find the photos useful. But anyone can search the images, share them through social media, or purchase them as prints.

The department's Kenneth Cobb said bringing the images online was part of the agency's mission to make city records accessible to everyone.

Unfortunatly, there are no mirrors available yet, so access is... sporadic.

Since it's not a standard embed, I post it here on the talk.

Not embeddable or else I would have submitted it.

Inejiro Asanuma, a politician and head of the Japan Socialist Party, was assassinated by Otoya Yamaguchi on live television.

Seems to meeee, that if like swampgirl said with her play list here,
http://videosift.com/playlists/swampgirl/Sift-Newbies-in-Need,
that if y'all full a yerselves would dodge yer egos for a few seconds, and give some support to the folks who ditch this wankfest once they see the true colors of some of the worst violators of the cult of MeHe ("shes" don't factor in, too few women on the site that will put the less than gentlemen here in their places) would care to go and lookit'....we'd stop scaring folks away!!

I hope to scare away personally, more than a half dozen of ya regulars!!

Sohan Dosova is now believed to be the oldest woman in the world at the ripe old age of 130!

I find it patently unfair that there is still no reliable female counterpart to Viagra.

My favorite Star Trek bad guy passed away today.. He was known for much more than that though:

Let's go sift a couple up for Mr. Montalban. RIP

» What is this RSS thing?

Not yet a member? No problem!
Sign-up just takes a second.

Not yet a member? No problem!
Sign-up just takes a second.